$46 billion in productivity lost to cancer in developing countries

Premature – and potentially avoidable – death from cancer is costing tens of billions of dollars in lost productivity in a group of key developing economies that includes China, India and South Africa.

Over two-thirds of the world’s cancer deaths occur in economically developing countries, but the societal costs of cancer have rarely been assessed in these settings.

In a paper to be published in the journal Cancer Epidemiology we show that the total cost of lost productivity due to premature cancer mortality in Brazil, Russia, India, China and South Africa, collectively known as the BRICS countries, was $46.3 billion in 2012 (the most recent year for which cancer data was available for all these nations). 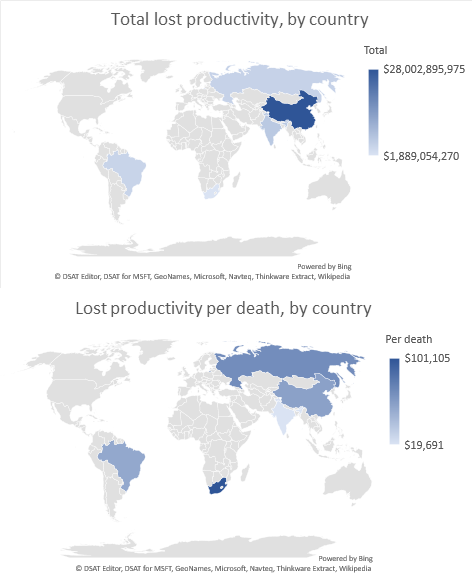 The BRICS countries are diverse but have been grouped by economists and others because of their particularly rapid demographic and economic growth. Currently the five countries combined comprise over 40% of the world’s population and 25% of global gross domestic product.

Liver and lung cancers had the largest impact on total lost productivity across the BRICS countries due to their high incidence, our research found.

But in South Africa, there are high productivity losses per death due to AIDS-related Kaposi sarcoma – an indication of the magnitude of the HIV/AIDS epidemic in Sub-Saharan Africa, and in India, lip and oral cancers dominated due to the prevalence of chewing tobacco there.

Many cancers which result in high lost productivity in the BRICS countries are amenable to prevention, early detection or treatment. Sadly, and in contrast to developed countries, most developing countries do not have such programs.

In particular, tobacco- and infection-related cancers (such as liver, cervical, stomach cancers and Kaposi sarcoma) were major contributors to productivity losses across BRICS countries.

Beyond the evident public health impact, cancer also imposes economic costs on individuals and society. These costs include lost productivity — where society loses the contribution of an individual to the market economy because they died prematurely from cancer.

Valuing this lost production gives policy- and decision-makers an additional perspective when identifying priorities for cancer prevention and control. This is particularly important in developing economies, where workforce and productivity are key resources in ensuring sustained economic growth.

Developing economies often have different demography, exposure to cancer risk factors, and economic environments than developed countries – all of which could modify the economic impact of cancer.

Locally tailored strategies are required to reduce the economic burden of cancer in developing economies. Focussing on tobacco control, vaccination programs and cancer screening, combined with access to adequate treatment, could yield significant gains for both public health and economic performance of the BRICS countries. 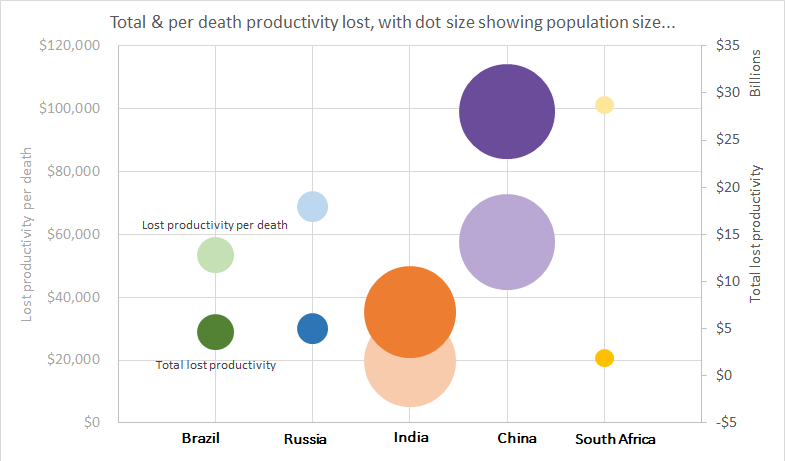